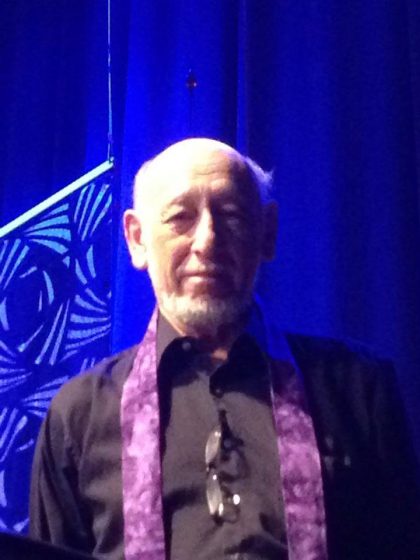 The following is my report as your Delegate to the UUA (Unitarian Universalist Association) General Assembly (GA), held both virtually and face to face in Portland, Oregon the last weekend of June. Although I was a Delegate from UCM, there were no costs, as my virtual registration fee was waived because I provided technical assistance to the virtual side of the proceedings.

This report focuses on the Business Sessions and also includes commentary on the Actions of Immediate Witness (AIWs) and on the delegate system of GA representation.

This report closes with specific recommendations for action by UCM’s Executive Team, Governing Board, Denominational Resources Group, and by the Congregation.

There were four Business Sessions. They opened with a report or remarks by UUA leaders, or a presentation on something like trends in UU theology. They were all interesting and worthwhile.

These were followed by a report and presentation by the Article II Study Commission.  In a word, these 1-hr. presentations were outstanding. I have given the commission’s website here because I firmly believe that every member of this congregation would benefit from becoming familiar with Article II, with the charge to the commission, and with its forthcoming recommendations, which will be voted on by the Delegates to a forthcoming General Assembly. Hopefully our Delegates will have been charged by the congregation with respect to that vote.

These presentations by the Commission were then followed by consideration and discussion, as well as amendments in some cases, of the various proposals being presented for subsequent vote by the Delegates. The discussions were well-moderated and, as far as I could tell, all Delegates with something to say had the opportunity to do so. However, there was nothing of much interest to all this because in every case these noncontroversial business resolutions were favored by over 90% of those delegates who voted after the session. Because of this, I see no reason to present or summarize what these proposals were. A succinct summary of them and the votes can be found at uua.org/ga.

These overwhelming votes by the delegates included two contested races for the UUA Board of trustees. The UUA nominated two candidates. However, there were also nomination-by-petition candidates, which were organized by the Fifth Principal Group. This is a group of individual Unitarian Universalists who have raised considerable questions and criticisms of the 8th principle, which readers should be familiar with given that this congregation overwhelmingly approved the 8th principle in February. Both supporters of the UUA nominees, which included our Delegates and those supporting the petition nominees, did organize get-out-the-vote campaigns. However again, in spite of this seeming controversy, the two UUA nominees were elected by over 90% of the vote.

Admittedly, the lack of any real excitement around issues voted upon by the Delegates to General Assembly is a significant element in the failure of congregations to fill all their Delegate slots. If every congregation appointed all the Delegates to which they are entitled, there would have been 4,852 attending GA virtually or face to face.

Approximately 25% of this number, or 1200 Delegates, actually registered. And of these, approximately 1,000 voted regarding the various issues before them. Thus, it is clear that the Delegate system of governance of the UUA as manifested through the General Assembly is not truly representative of our congregations or the membership of those congregations.

Moreover, Delegates in many if not most congregations, are self-selected because they can afford the registration fee, which for on-site GA’s is not inexpensive, not including the costs of transportation and room and board. Only rarely do congregations budget to support or assist Delegates with fewer financial resources to attend and participate in GA, in spite of the fact that the UUA’s Commission on Institutional Change has recommended that congregations do so, in their report of two years ago called “Widening The Circle.”

UCM, however, has set aside $3,600 to assist delegates in 2023 and I urge making this known to the congregation in an attempt to widen our own circle of Delegates and to fill all our Delegate slots.