Ministers in the Congregation’s History

Rev. Charles A. Allen, 1864 – 1869
In 1864, Rev. Charles Allen, a Unitarian minister visiting Stowe, Vermont, came as a “missionary” to Montpelier and discerned active interest in the creation of a new church. Although there were more Universalists involved than those of other persuasions (such as “orthodox” and spiritualists), they chose to become a Unitarian congregation. Dorman Kent’s 1933 church history provides Charles Allen’s thoughtful insights on the decision. 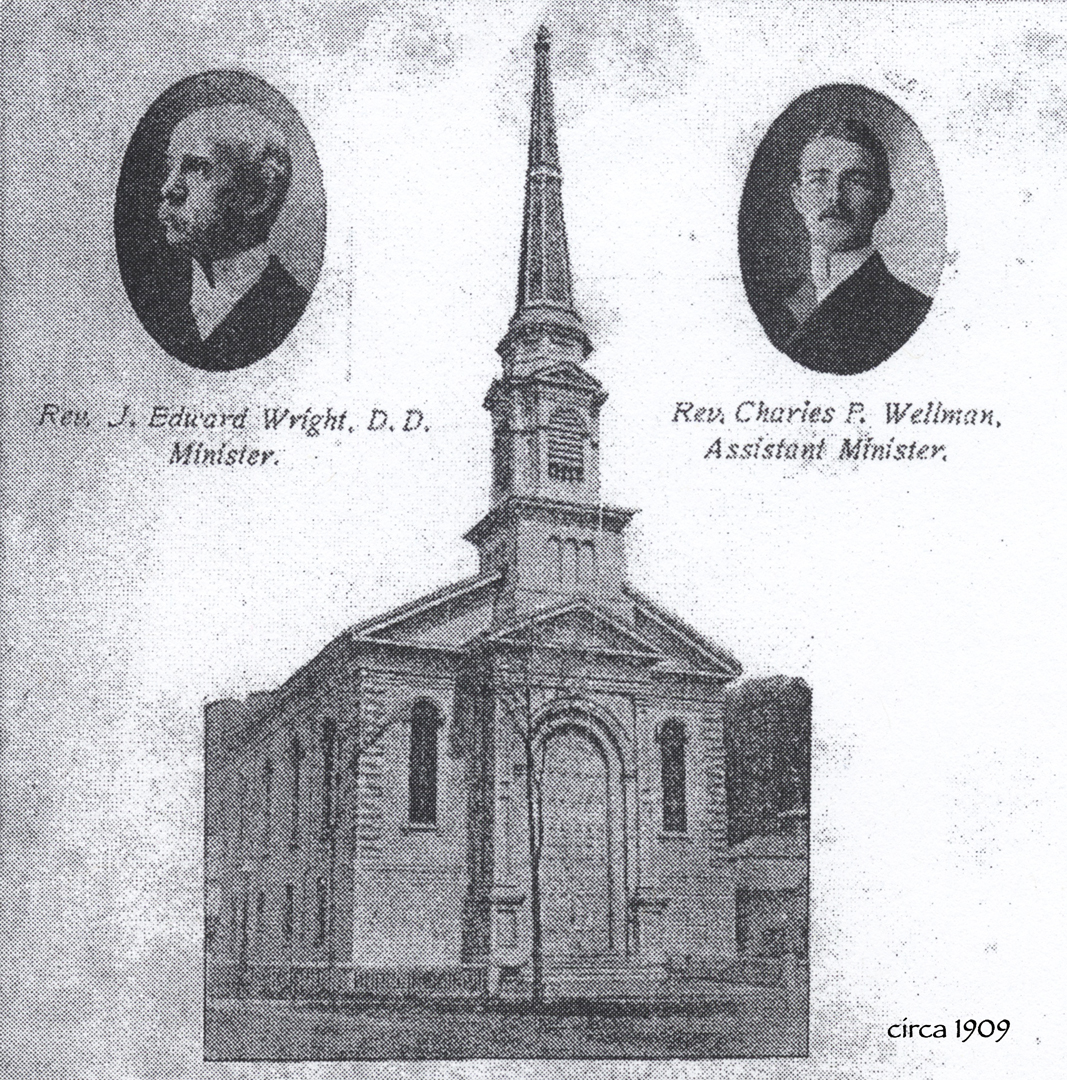 Rev. J. Edward Wright served the church for 40 years, 1869-1909, retiring on his 70th birthday, and was named Minister Emeritus; he died in 1914. Rev. Wright’s grandfather, Rev. Chester Wright, the first settled minister in Montpelier, had served the Congregational Church for over 20 years. An 1861 Harvard graduate, who received his ministry degree from Andover Theological Seminary, our Rev. Wright served in the Civil War. He received an honorary Doctor of Divinity degree at Harvard in 1902 (when Theodore Roosevelt also received an honorary degree), from Charles Eliot, who served as the university’s president during the same 40 years, 1869-1909. Although it was offered (with genuine good humor) every five years, the congregation first accepted Rev. Wright’s resignation in 1909.

Rev. Gerald R. Fitzpatrick, 1939 – 1968; Emeritus, 1968 – 1986
Rev. Gerald Fitzpatrick served the church for 30 years, 1938-68. Born in Canada, he was a striking physical presence and had a strong, prophetic preaching voice. He was active in the civic life of Montpelier, and served as Deputy Sheriff and State Senator.

Rev. Marjorie Rebmann, 1981 – 2008; Emerita, 2008 –
Rev. Maggie Rebmann served the church for 27 years, 1981-2008. She became the third (of 11 settled ministers to that time) to be awarded Emeritus/a status. Rev. Rebmann’s tenure brought significant growth by all measures, and vitality to a church that had experienced difficult challenges during the years preceding her settlement. During her tenure, she was known for her gracious spirit, strong, insightful preaching, wide-ranging intellect, love of literature, and abiding sense of humor.Revs. Wright, FitzPatrick, and Rebmann served the church for 97 of its ‘first’ 144 years.

Rev. Joan Javier-Duval, 2015 –
In the spring of 2015, the Search Committee announced that, from an initial pool of 17 ministers expressing interest in ministry with UCM, its candidate for the position was Rev. Joan Javier-Duval. After conducting two insightful and inspiring Sunday services – with meetings and special occasions during the week – members voted overwhelmingly to call Joan on May 10th, 2015. She began her ministry in August 2015. While further research is needed to confirm it, Joan may be the first UCM minister to have graduated from Yale Divinity School.Beginning with Maggie Rebmann in 1981, the first woman to be our settled minister, Joan is the third consecutive woman to hold the position.

* Although the congregation voted to change the name in May 1979, it was officially changed by the office of the Secretary of State in April 1980.