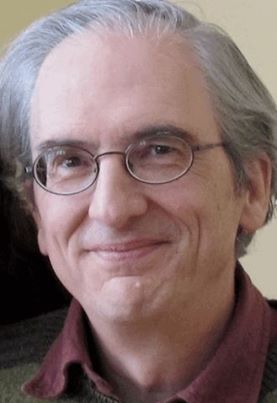 Dick and his wife Susan first started coming to the Unitarian Church of Montpelier in the fall of 2011 when they were living in Burlington. By the time they moved to Montpelier in February of 2012 they were committed to participating as fully as possible in UCM activities.

Trained from age nine as a professional chorister, Dick received degrees from the New England Conservatory, studying voice and early woodwinds, and the Peabody Institute of the Johns Hopkins University, where he studied choral conducting.

On the music faculty at Cornell University from 1996-2006, Dick prepared and conducted over 200 works including twelve premiere performances of new works by Cornell-affiliated composers and major works with orchestra by Bernstein, Britten, Orff, Stravinsky, Beethoven, Mozart, Haydn, Handel, and Bach.

He left Cornell to become Managing Director of the Brattleboro Music Center in Brattleboro, Vermont, where he had responsibilities for programming, production, and financial management of a dynamic, multi-program organization founded by the distinguished conductor Blanche Moyse, with whom he had studied in the early 1970s.

Other professional activities have included music journalism, ghost writing, co-founding the Light in Winter festival in Ithaca, NY, establishing the Music on the Hill summer camp in Belmont, MA, directing the premiere performances of five operas written especially for children and adults, and performing as a musician at Shakespeare festivals in Oregon, Utah, and Burlington, Vermont.

Dick lives in a former one-room schoolhouse in East Montpelier with his wife, artist Susan Bull Riley.  They have two grown daughters.